What seemed to be the dead end for one of the most well designed applications of GNOME environment is now past. In fact, it stayed untouched for two GNOME releases. Damn, that’s a lot of time. But things are now gettings back on track.

Lots of awsome things are happening on GNOME Calendar.

Any doubts about that? Well, images are worth thousands of words. Compare the last release:

with the current development version: 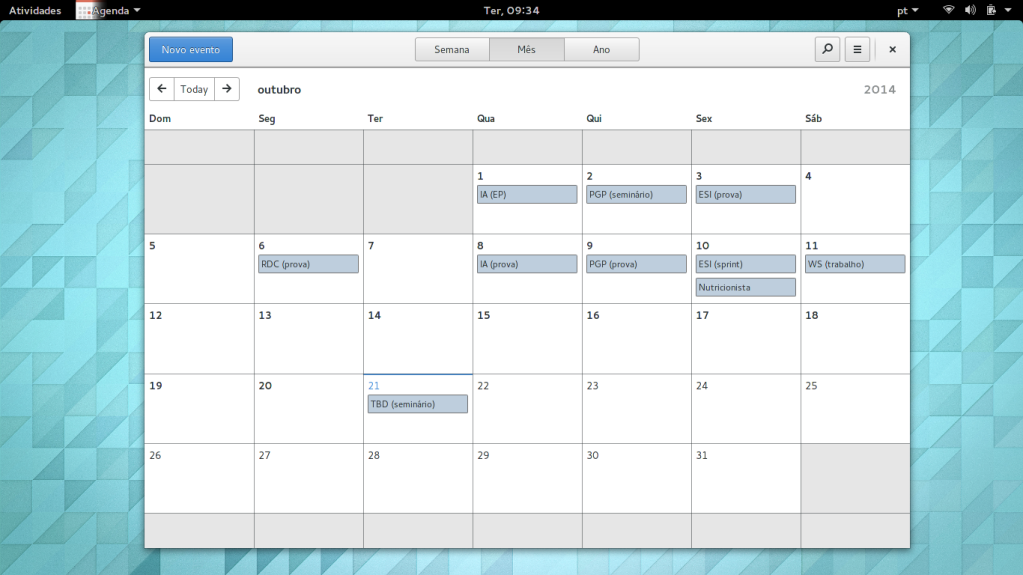 Alright, that doesn’t seems to be so exciting… Lies. Damned Lies. Keep reading to get your excitement level to the extreme (or not).

One of the biggest changes is the Edit dialog. Nothing much to say, but much to see:

We all love popovers, right? (Actually, these images are previews, as these popovers are still under heavy development).

Didn’t see any differences? Well, here it goes the old version then! 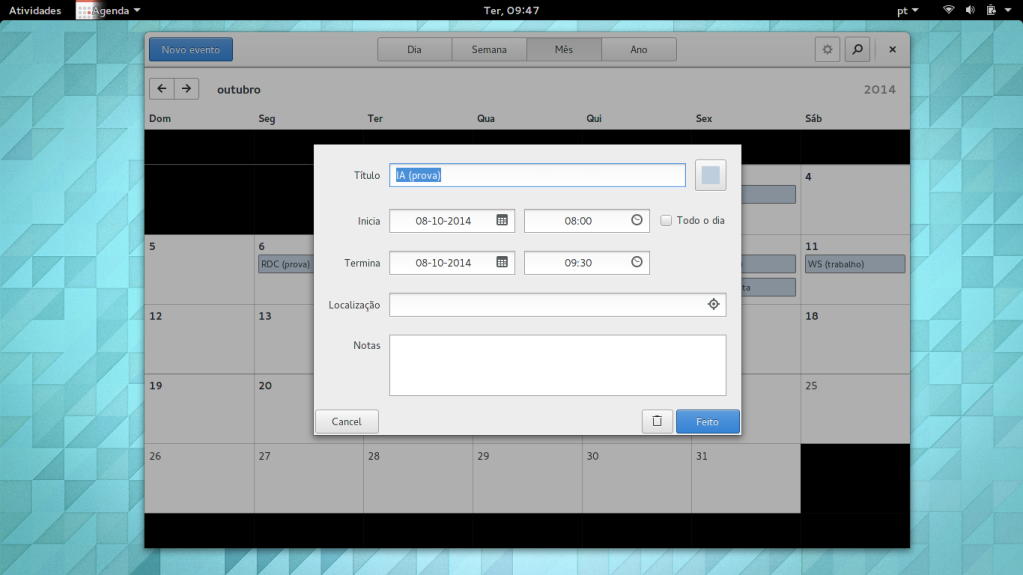 While many other things changed, they are not sufficiently stable or mature to be shown here. Also, the always awsome Erick Pérez Castellanos is doing a great – and I can’t stress enought how great it is – work with the Calendar’s backend, rewriting (and breaking) almost everything.

It is a great revival.