As some of you are aware (or not), I did a public poll of the most wanted features for GNOME Calendar. It was a success, and 216+ votes were collected by the time I’m writting this post.

The results are detailed below.

The earlier versions of Calendar indeed had a very raw calendar management dialog. It was dropped a long time ago – in fact, more than 2 years ago – in favor of a new, redesigned dialog that actually never came. Some experimental work happened before 3.16, but it wasn’t complete nor stable enought to be merged. 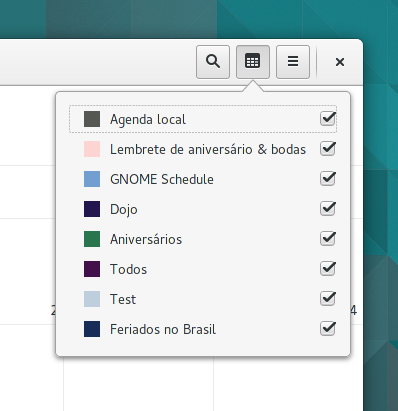 GNOME Calendar 3.16 only allows changing the visibility of calendars

Since we’re talking about the topmost wanted feature to land on Calendar, we wouldn’t dare to make it like any other normal feature. No. Period.

This is what most people want from Calendar, and it’ll be done with all the care, attention to details and love that the Calendar Development Team can give to it. We’re keeping close contact with the Design Team to deliver high quality mockups, and many experiments are going on.

We’ll be able to make it for 3.18 release. Thanks to Allan Day, Lapo Calamandrei for their commitment. They are true heroes!

Calendar also had a week view that didn’t make for 3.16. We didn’t have enought time nor design material to make the old week view reach GNOME quality standards. It wasn’t working correctly, it had many design flaws (not only about aesthetics, but some subtler things like multiday events, all-day events, et al). 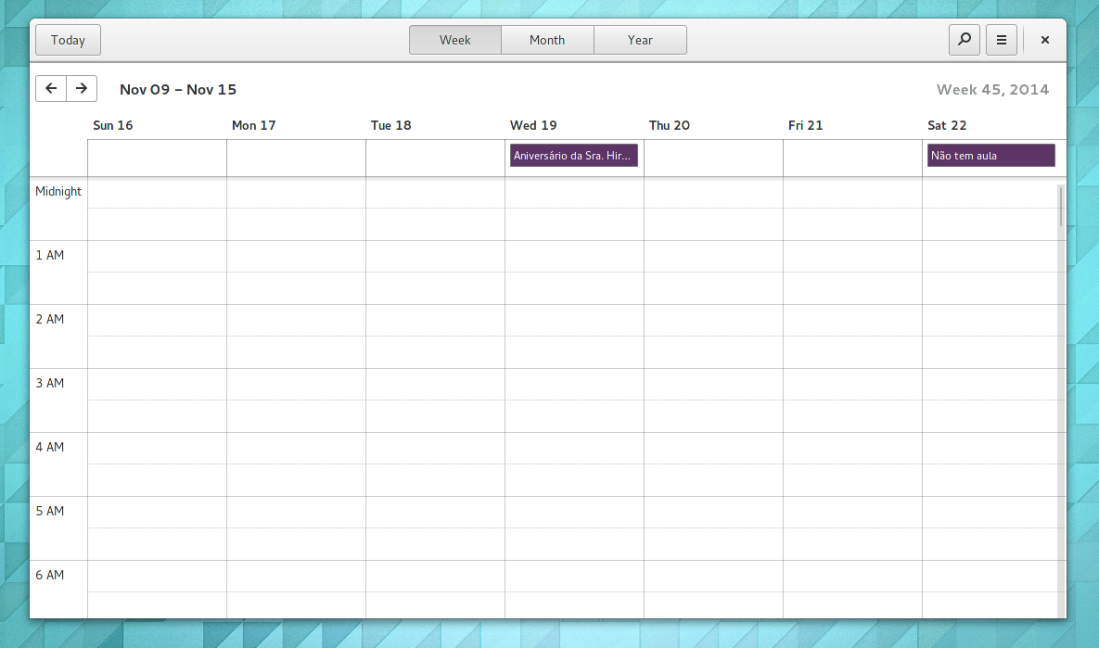 Week view before the official release

We hope to have new mockups by the Design Team this release, and then we can craft it correctly. Again, this is much of a core feature that absolutely cannot be poorly done.

This will happen with the major rework over the edit dialog. I personally recognize the importance of this item but, since Calendar is early at GNOME’s house, it is not the highest priority item.

No idea how it’ll look like, and almost surely will land only at 3.20.

I hope that you guys had a taste of Calendar with the preview release this cycle. Besides the features discussed above, we’ll have some other background improvements, stability fixes and many, many bugfixes.